The iPhone Spy has been born again and it’s better than ever before. If you’ve found your way to this page the likelihood is that you’re unsatisfied with your current spy app’s performance in terms of tracking your target user. The iPhone Spy was initially developed to put people at ease and help them cut the stress out of their lives – be it worried employers, concerned parents or suspicious spouses. It has consistently made lives easy for numerous people who want nothing more than just knowing the truth about their target user’s whereabouts. 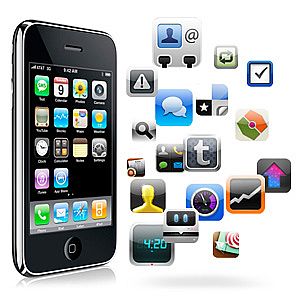 One of the most important features of any decent spy app is its ability to track the person that you’re keeping an eye on. With most spy apps churning disappointing results several people didn’t know where to turn to. The newest version of the iPhone Spy gives you more efficient results. You can choose how often you want the GPS locator to give you updates i.e. after a minimum of every 8 minutes you can find out where your target user is. You don’t have to wait hours for information on your target user’s whereabouts, you know as soon as the iPhone Spy does. With the new and improved GPS locator you never have to wonder where your target user is ever again.

Several users have often had issues with the GPS on their target phones. If there’s no GPS how is the spy app supposed to tell you where your target user is or to perform GPS Tracking? This could result in a whole host of problems. Think about it, with other spy apps, for whatever reason if the GPS stops working (the target users could even turn it off themselves) you’re sitting there in the dark wondering what to do. You can’t always just call the target user to ask them where they are, if they were trustworthy and truthful you wouldn’t have to use these spy apps to begin with. But the iPhone Spy does not have to worry about GPS as it can track the target user regardless of a working GPS connection. Using signals from satellite towers and Wi-Fi connections the iPhone Spy can easily transmit the location of the target user to the online account in a matter of seconds.

The iPhone Spy lets you take a deep breath and get over your worries. You don’t have to waste another minute simply wondering what’s going on in your life – the iPhone Spy gives you the power of information at your fingertips.